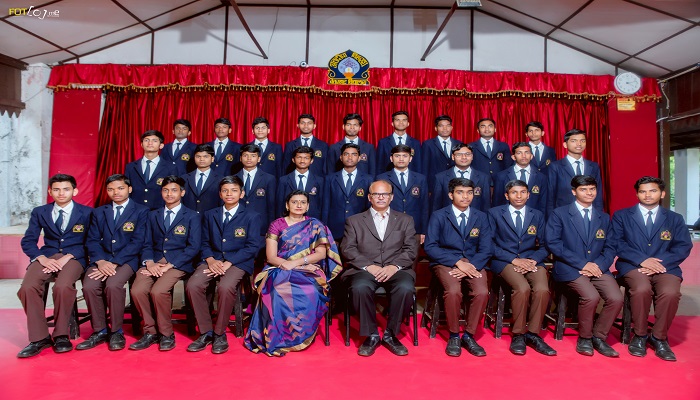 Netarhat Vidyalay-THE LAST GURUKUL has been famous for its Ashram system not only in Jharkhand but in all over India.As many as 21 ashrams come under the system,one of them is Ashok ashram.Since the inception of the school, Ashok ashram has been integral part of it. Initially, it was under the 1st set but in time it was merged with the 3rd set.

About of the naming of Ashok ashram, it is said that it has been named after Ashoka- the great emperor of ancient India.Literally, in Hindi ashok means shokrahit which means someone who is never to be touched by sorrow.Under dense trees it facilitates students into a cozy environment fit for self study and holistic development.

Ashok ashram has been in existence for a long time and has been a witness to the glorious past of the school. Here students live in collaboration with kinship nature. Sir Charles James Napier was the first House Master of this Ashram. Many other great teachers of India have glorified the seat of the house-master.

Some of them are:-

There are many more to the list of these great teachers. At present, Sri Vidhu Shekhar Deo, HOD Geography Department, is glorifying the post and Smt. Yatra Shardiya is the Ashram mata. Students gain knowledge, etiquettes etc. living under their benign influence. They relentlessly make efforts to motivate students to achieve their goals.


A school is known by its students and their achievements.Many distinguished persons are in the list of successful students of ashok ashram it has created many secretaries ,doctors,engineers etc. Currently there are 27 students in Ashok ashram.Out of which, 13 students belong to Arvind ashram.