In the years just after Independence, the need of the hour was to establish schools on certain ideals of universal validity. In the new India that had come to birth, the educational system was lacking in all those elements that define the formation of character and leadership and the development of individual aptitudes.

After a lot of deliberation, F.G. Pearce's scheme finally received the general approval of the Bihar Govt. in 1952 and the Residential School was opened on 15th November, 1954 at Netarhat with Charles Napier as its first Principal. The first batch of students numbering 60 was admitted in 1954 for a six-year course. From 1982 onwards, the strength of boys was raised up to 100.


The alumni of Netarhat school have excelled in almost all fields including Administration, Research, Medicine, Engineering and Teaching; and have gone on to hold important positions in top organisations across India and around the world. 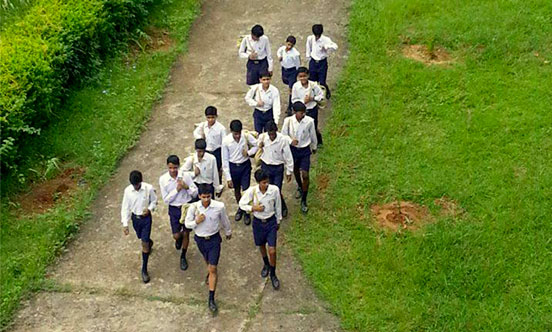 Mr. Frederick Gordon Pearce, the founder of the Indian Public School movement and, was one of the key pillars in the inception of Netarhat Vidyalaya. With his vast experience and association spanning several well-known public residential schools in India, he was roped in by the Bihar Government to chart out a scheme to set up a public residential school in the state.

Mr. Pearce envisioned Netarhat Vidyalaya to serve the educational interests of the community as whole, and not of any particular class. He dreamt of a school that would provide education of the highest order, and would attract talent irrespective of the social class the students belonged to or the financial resources of their parents.

Right from choosing the location of the school, to the number of students to be admitted, from the kind of infrastructure and selection of staff, to the administration of the school, Mr Pearce chalked out a detailed scheme for Netarhat Vidyalaya. Undoubtedly, it was his experience, efforts and vision that laid a solid foundation for Netarhat Vidyalaya to steadily progress and prosper as an iconic institution. 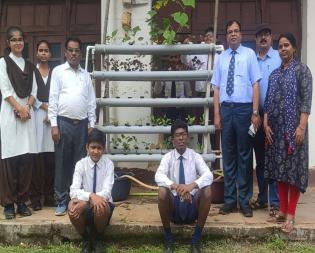 A Seminar on Hydroponics Farming at Netarhat Awasiya Vidyalaya